You are here: Home / Archives for iPhone

Having a Waldorf kid means keeping certain things on hand. We have play silks: large rectangles of silk fabric for dress up and open ended play. We have a nature table on Nora’s dresser, which features rocks, sticks, seeds and shells Nora has collected from just about everywhere she goes. And we have beeswax. Heat it up and it’s a modeling medium, like Play-doh, but not the creepy consistency of Play-doh.

We also don’t have a television. Ben and I threw away our t.v. after watching a New Year’s special for the year 2000 which featured a smashed Bono and a very spacy Liz Taylor (may she rest in peace) wishing us well in the new millennium. We realized television didn’t have much to offer us.

Waldorf schools discourage or even prohibit screen time for kids. I know it sounds extreme to some, but it works well for us. Nora has a great attention span, a stupendous vocabulary for a four-year-old and never begs for things at the store because she’s seen them on television.

Still, we are not zealots about it. Nora and I are on a Mary Poppins kick, watching the movie about once a week. I got an iPad a few months ago and she discovered an abiding love of Angry Birds, so we let her play that a few times a week.

Still, this week I got a twinge of guilty pleasure when Nora picked up a flat rectangular piece of beeswax and held it to her ear like a mobile phone — an iPhone to be exact. Ben picked up on this and the two of them began crafting intricate cell phone models from beeswax and proceeding to run off to all points of the house, calling each other and chatting. 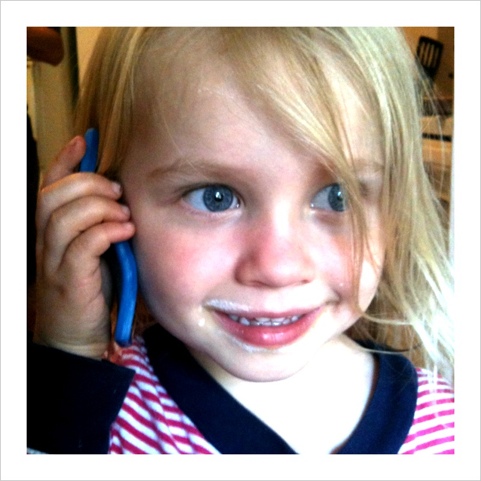 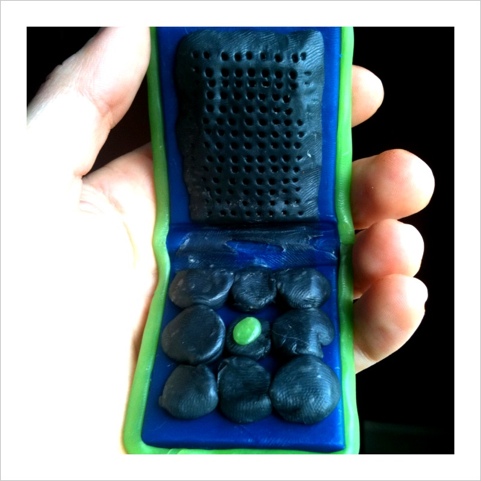 It was a delicious moment, even if it did make poor Rudolf Steiner shift uncomfortably in this grave.

Nora doesn’t get much screen time. We don’t own a television, so besides an occasional episode of Dora at the neighbors, her media exposure is limited to the images on her friends’ diapers and some educational apps on my iPhone.

The other day, I gave Nora my phone so she could play a shape game. Problem was, she was using it standing in the kitchen. On ceramic tile. And she’s two. So she dropped it. On ceramic tile.

I snatched up the beloved device and was greeted with a message telling me I had no sim card. Gasp. All was well again after a restart, but a new rule was made that day. Toddlers must be well rested, in a good mood, have clean, dry hands and be securely seated on a piece of soft furniture while using the iPhone. And wear a wrist tether.