You are here: Home / Archives for flocking

When I got my first two chickens, one of the first things that struck me was how closely they stuck to one another.  They drank at the same time, ate at the same time, scratched around within inches of each other.  It was like they thought they were the same bird.

One day I was watching their inter-dependence with fascination and suddenly realized the parallel.  There was a little blond child lacing herself with my legs while I stood there.  She never lets me get too far away, her security is dependent on my proximity. 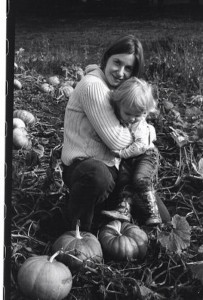 Unlike chickens, which are flock animals, there will come a time when Nora will not want to be by my side every second, and that is as it should be.  But for now, we’re acting like one bird — and it’s beautiful.