You are here: Home / Archives for Book Review 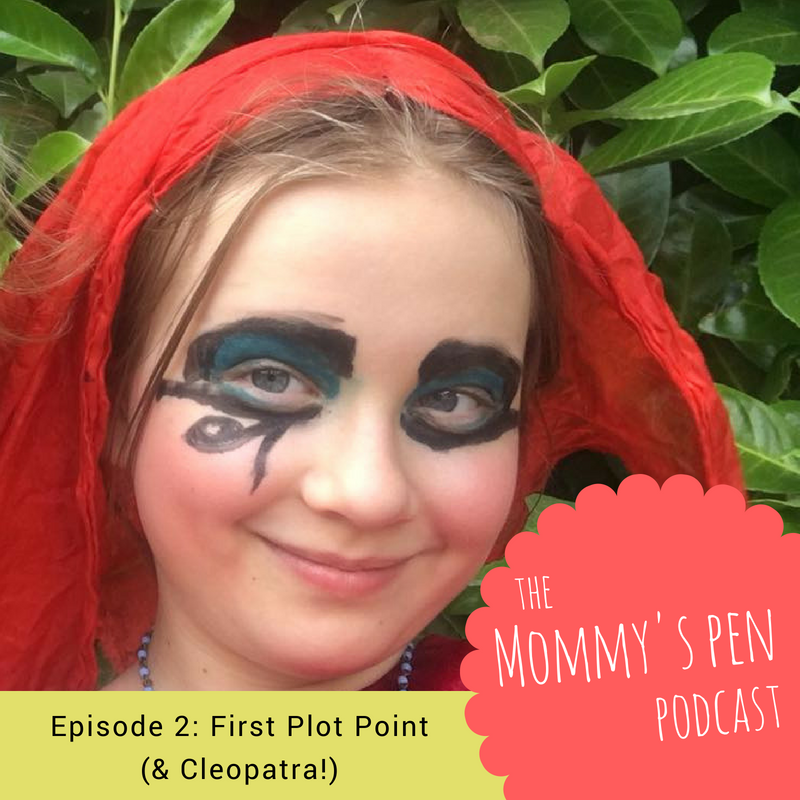 This week on the podcast we discuss ancient Egyptian body odor and the story structure concept of the first plot point.

We are now available on Apple podcasts! As a new show, reviews are VERY important to help us grow. Please consider leaving a review.

Nora reviews Cleopatra VII: Daughter of the Nile from the Royals Diaries series. Sue explains the function of a first plot point (FPP) and Nora takes a stab at identifying the FPP in Cleopatra and Harry Potter and the Sorcerer’s Stone.

Nora also clues us in on how ancient Egyptians handled body odor (hint: it involves snakes) and points to some great places to learn more about history.

Things we mention that you should check out:

END_OF_DOCUMENT_TOKEN_TO_BE_REPLACED

What could be better than sharing a passion with your kid? Nora (age 11) and I love to talk about books and what makes a good story, so we decided to start a podcast so everyone else can listen in.

You can also listen using any number of podcast platforms and apps including Breaker, Pocket Casts, Radio Public, Stitcher, and Google Podcasts.

We’ll be on iTunes soon, but in the meantime, you can add us to the Apple podcast player manually by navigating thusly:

Nora reviews My Name is Victoria, a historical middle grade novel by Lucy Worsley, including her take on the inciting incident of the novel. We also fight about Lucy W.’s eyebrows and whether or not she has the help of a ghostwriter for her novels. (I mean, holy cow, if she doesn’t, this woman is good at everything and insanely productive. She’s also a historian, the Chief Curator of Historic Royal Palaces in Great Britain and a well known presenter for the BBC.)

We also discuss our plans for the podcast: we’re gonna talk about books, stories, and story structure. Specifically, in each episode we’ll discuss some aspect of story structure. This time around, it’s “inciting incident.” This is an event that thrusts a character into a particular situation and sucks a reader into a story.

Other things we mention that you may want to check out:

This post is part of a book review series of NutureShock, by Po Bronson and Ashley Merryman. Chapter two is “The Lost Hour.”

On dark winter evenings, it’s easy to put Nora to bed by 7:30.  This time of year, it takes diligence.  I make dinner and take Nora outside to do some gardening.  Suddenly, it’s seven.  Wind down time should have started a six-thirty.  If we’re not reading stories by seven, she won’t be calm enough to sleep until almost nine.  I can’t let her sleep much later than 5:45 in the morning, or we’ll be late for work.  If bedtime is late, she gets eight and a half hours of sleep instead of nine and a half.

Since I read chapter two of NutureShock, we’ve been ratcheting bedtime back to seven-thirty where it belongs.  I’ll even skip a much needed bathtime in order to get her tucked in on time.  Kids today are getting an hour less sleep on average than we did as kids.  It’s causing attention problems, behavior issues and even obesity (when your body is sleep deprived, it produces cortisol, which causes your body to store fat).  Studies have shown that even fifteen minutes less sleep has measurable effect on academic performance.  An hour less sleep will cause a six grader have the test scores of a fourth grader.

The authors explain that kids sleep differently than adults:

Using newly developed technological and statistical tools, sleep scientists have recently been able to isolate and measure the impact of this single lost hour.  Because children’s brains are a work in progress until the age of 21, and because much of that work is done while a child is asleep, this lost hour appears to have an exponential impact on children that it simply doesn’t have on adults…sleep problems during formative years can cause permanent changes in a child’s brain structure — damage that one that one can’t sleep off like a hangover.

Studies on sleep in teenagers have pointed out that the surly, depressed young people so common today may actually be sleep deprived, not just hormonal.  High schools who have changed to later start times have seen improvements in test scores and a reduction in the number of car crashes teens are involved in.  Parents report happier teens.

The evidence is absolutely overwhelming.  Anything you can do to ensure your child is well rested improves your child’s quality of life — and yours, too.