Last summer, I fell in love with middle grade novels. First it was The Penderwicks series. Then Harriet the Spy. Then Charlotte’s Web, then The Lion the Witch and the Wardrobe, then Harry Potter. And on and on.

And I couldn’t have done it without Nora. She was my tiny project manager. I’d write a few hundred words and read it back to her. “That’s so great, Mommy! Write some more!”

Did I mention one of my main characters is a ten-year-old girl with, ahem, leadership skills?

All these years I’ve tried to find time for writing while parenting. Turns out all I needed to do was write something my daughter wanted to read!

Now it’s seven months and many revisions later. The novel is in its final draft (I hope).

While I wait, I thought I’d give you guys a peek at it and the chance to get an email notification when it’s published.

Click here to get a taste of the book, tentatively titled Martha and the Boys. If it sounds like something you and your kids would like to read, enter your email address to read the entire first chapter and get notified when it’s published. 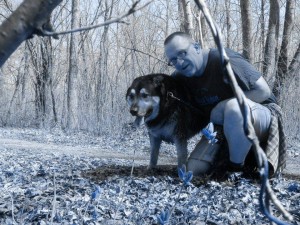 When I was nineteen years old, my big brother got me into a band with some of his friends. Even then, I knew how lucky I was to be dropped into the midst of a such a talented group of men.

The lead singer and songwriter was Douglas Anderson-Jordet.

Doug gave me a demo tape he’d made and some lyrics scratched out on yellow legal pad paper so I could learn the songs he wanted me to sing.

I remember sitting on my bedroom floor and playing that tape over and over again. I was in slight awe of Doug’s voice, so flexible, so easy to listen to. I was in complete awe of his song writing ability.

I’d never heard music that had both an earnestness and a sense of humor within a few bars. Some of songs referenced books I hadn’t read, some had searing social commentary, some were just plain hilarious.

Remember in the nineties when everyone was moving to Seattle? Doug had a song that likened the trend to a cult:

Riding on the freeway

to the Pacific Coast,

they tell me it’s the most,

we can buy some heroin,

then we will fit right in

with all our hosts,

smear goat dung on our clothes…

Despite being under drinking age and having a pitiful stage presence (I stood stock still at the microphone), we played some shows together in Saint Cloud — our home town — and Minneapolis. Doug and the rest of the band were perfect chaperones, never letting me drink, keeping me sheltered from bar patrons. Assuring me, that yes, I was doing a good job, they wanted me there.

I remember sitting in the back of the van after a show, trying to fall asleep and listening to the conversation Doug was having with the bassist. He was adamant that however talented Trent Reznor was, he was not a good person. Therefore, Nine Inch Nails was not worth listening to.

You had to be a good person, that was Doug’s rule. And he tried, he really did. God knows it’s not easy to measure up to our own rules sometimes.

Once, after a show, the band was in the parking lot behind the venue saying our goodbyes. Doug gave me a hug and casually mentioned that one day we’d have children together. Part of me hoped he was telling the truth. Honestly, I was a little in love with every member of that band. Ah, to be nineteen again!

Once Doug came to the apartment I shared with my brother. He admired my antique typewriter collection. On my old Underwood he pecked out “I always liked your little smile.” After he left, I circled what he’d written and wrote his name and the date in red felt tipped marker.

I kept that piece of paper in a scrapbook for nearly twenty years. I pulled it out again when I heard of his murder.

I got the news in an email from my brother. Word was spreading quickly among Doug’s old friends. Such horror. Why? What could have happened?

I spent the Thanksgiving holiday sobbing over my feast preparations and listening to Doug’s music. All of his friends were digging through everything they had and posting it online.

I kept picturing Doug lying in the street, alone, bleeding to death. The panic and terror he must have felt. I went to Google maps brought up a photo of the intersection where he was found. I  wanted to see the last thing he saw.

I reached out to old friends I haven’t spoken to in almost twenty years. I made some new friends, a few recent musical collaborators of his and his sister. I needed to hug everyone who’d ever hugged Doug.

Thankfully, the police did some stellar work and quickly found the perpetrators. The sense of relief was profound. They wouldn’t be able to hurt anyone else and we would get some answers.

We have a plea deal that doesn’t come close to ensuring that the perpetrators won’t harm anyone else. And Doug’s reputation is being tarnished beyond recognition. Doug is being put on trial in the court of public opinion, instead of Juan Ferrer, Nicholas Stoiber and Sophie Buttercup Rocheleau being on trial in a court of law.

While it’s obvious there was an altercation that terrible night in Arcata, I know in my gut that it was not due to racism and bigotry on Doug’s part. I haven’t found a soul who knew him who believed the defendants’ version of events.

Don’t get me wrong, I’m not big on revenge.

But since I can’t have a time machine where I could go back and intervene to prevent this nightmare from occurring, I do want a result that gives the defendants the time to consider their actions and do whatever internal work needs to be done to make them safe for society.

They ganged up on a lone man. They beat him. Juan stabbed him in the heart. They left him for dead. Then they hid.

A two-year sentence in a county jail does not convey the severity of their actions.

And that’s a disservice to us all.

Note that sentencing for this trial is scheduled for April 3, 2014. To learn more about Doug and his music and art, you can like this Facebook page. It’s worth your time.