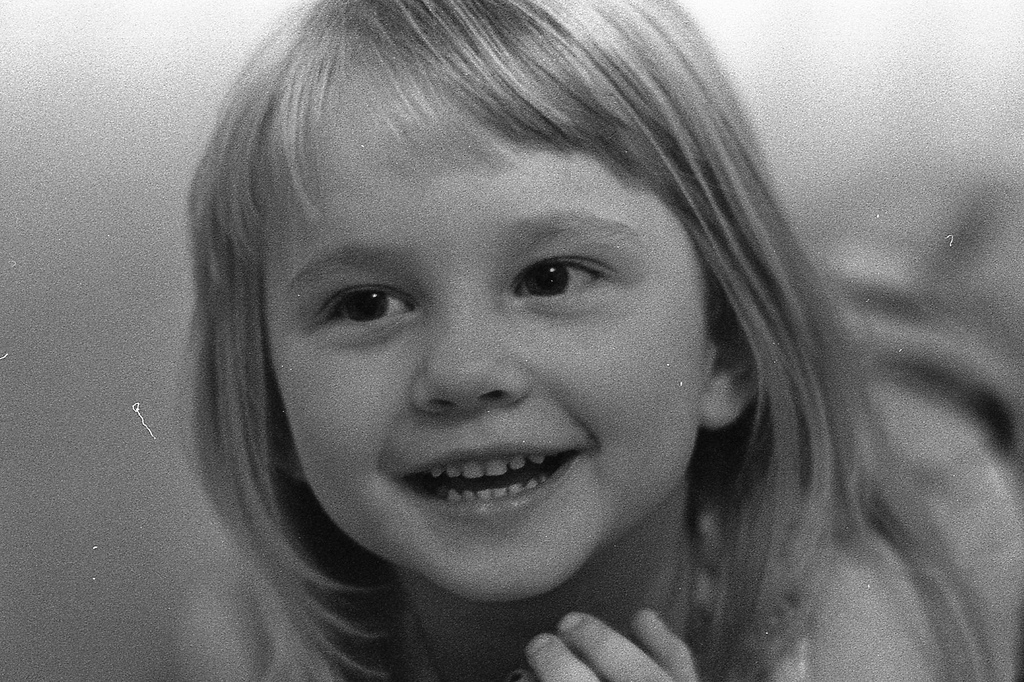 There is a certain tone in Ben’s voice when he enters the house to report a bird situation. There’s a sense of alarm I immediately pick up on.

Usually, he’s reporting a sick or dead chicken. This day, he was a not.

Fly paper hangs in strips from the ceiling of our chicken coop during the warmer months. If you’re leaning over to fill the feeder and you stand up without looking, your hair sticks to it and you end up with dead flies and glue in your hair.

It never occurred to me that a wild bird might get caught by it, rather than a fly.

“Sue?” Ben calls from the doorway.

Nora is off in another room getting her pajamas on. “There’s a little bird stuck to the fly paper in the coop. I don’t know if it’s dead. It might not be.”

I grab the kitchen shears and some rubber gloves on my way out the door.

Walking through the back yard, I mentally preparing myself for a dead — or nearly dead — bird.

When I open the door, I see a very small bird, one wing completely spread and stuck to the fly paper, completely inert.

I reach up to cut the paper down and a wild eye shoots open, the tiny body jerking to life. Small and grayish brown with a long curved beak, this bird is very much alive.

I cut the strip down, carry the bird outside and sit on the steps of the coop.

I hold the bird, its body maybe a third the size of my palm, as firmly as I reasonably can while I trim away the paper, my gloves sticking to themselves as I handle the glue. The bird wants badly to get away from me, shrieking at each effort I make to free it.

Once most of the paper is trimmed away, I carry it back toward the house, cupped in both of my hands. As I remove my right to reach for the gate latch, the bird jumps out of my left hand and scurries under a large hosta plant, despite having one leg completely glued to its wing. I am impressed.

I walk to the hosta and crouch down to look for the bird. I can’t see or hear a thing. For a moment I think he has scurried further than I imagined. I rustle the leaves lowest to the ground and he darts from one side of the plant to the other. After a minute more, I catch him.

I walk to the side door of the house and call to Ben to bring me a large empty bowl, a bottle of olive oil, a bowl of warm soapy water and a pair of tweezers.

There is a tacit agreement that Ben will keep Nora occupied in the house and not tell her what is going on. She lost a chicken a few weeks earlier and sobbed for two days. She’s had enough life lessons for now.

Some chicken keepers try to dip an egg bound hen in olive as a way to lubricate the reproductive tract. This is pure folly, as you’ll never get the oil up into the reproductive tract where it would do any good and simply end up with a hen covered in oil. The oil eventually turns rancid and you have a horrible mess.

However, the only way I know of to make something un-sticky is to use an oil based solvent. If I don’t get the glue and paper off, the bird will not survive. I’ll have to coat it in oil, then pretend I’m rescuing a bird from the BP spill and clean him up. It probably won’t work, but it’s that or end things quickly with a brick.

The bird weighs nothing at all. It’s little heart beats so fast, and I can feel every tiny thump.

I put a few drops of oil on the sticky paper and gently rub it in. This neutralizes the stickiness and I easily remove the paper with a tweezers.

All the while I’m working I can barely believe I am holding a tiny wild bird.

It doesn’t feel quite real or quite right. It’s all slightly magical.

I put the bird in the warm soapy water and call to Ben for some paper towels.

The bird is more distressed than ever now that it’s wet. I know I have to get it dry as soon as possible. But I soon see there is still plenty of oil still on it.

I try one more dip in the water and continue drying and holding him close to stay warm.

Ben prepares a cardboard box. He puts some leaves and sticks in the bottom and a small shallow dish of bird seed and some water.

We bring the box and the bird to the basement and I place the bird inside. It crouches on top of the paper towels it’s been wrapped in.

I go upstairs, shower, and then lay in bed looking through the Book of Western Birds, trying to figure out the name of the species I’ve been tending to for the last hour. None of the colorful drawings look much like the creature I’ve been holding. Probably a type of wren, I finally decide.

I tell Ben that perhaps we should get out the warming lamp we used when the hens were chicks set it up for the bird. I’m worried he’ll get too cold after being wet.

Ben leaves to do the set up is gone a long time.

He comes back while I’m reading Nora a bedtime story and I lip read that the bird is dead.

After Nora falls asleep, he tells me that he’s already dug a hole in the backyard.

I walk downstairs take stiff lifeless bird from the box and carry it back outside. The hole is a few feet from where we buried Henny Penny. It’s about a foot and a half deep.

I gently place the bird at the bottom then pick a few flowers and drop them in the hole. The same as Henny Penny.  Ben will fill the hole with dirt tomorrow.

“I’m sorry,” I whisper and walk away.