Most Saturdays I bring you a parenting mistake my husband and I have made. Please have a laugh or cry at our expense — we really are good parents, I swear.

Summer is here and suddenly I have bug bites everywhere.  I was commenting on this last night while laying in bed with Nora, reading stories.  I also off-handedly wondered if there was a bug in our bed somewhere, launching nocturnal attacks.

Yes, I am a complete moron.  I am trying to settle an insect-phobic three-year-old down for sleep and I insinuate that our beds are infested with bugs.  She gasped and reflexing drew up her legs close to her body.

“There are bugs in the bed?”

“There are no bugs in our beds, Nora.  I don’t know why Mommy said that,” Ben said.

“I was just being silly,”  I quickly said.

Yes, I am very lucky.

And for the record, we don’t have bed bugs.

This post is part of a book review series of NutureShock, by Po Bronson and Ashley Merryman. Chapter two is “The Lost Hour.”

On dark winter evenings, it’s easy to put Nora to bed by 7:30.  This time of year, it takes diligence.  I make dinner and take Nora outside to do some gardening.  Suddenly, it’s seven.  Wind down time should have started a six-thirty.  If we’re not reading stories by seven, she won’t be calm enough to sleep until almost nine.  I can’t let her sleep much later than 5:45 in the morning, or we’ll be late for work.  If bedtime is late, she gets eight and a half hours of sleep instead of nine and a half.

Since I read chapter two of NutureShock, we’ve been ratcheting bedtime back to seven-thirty where it belongs.  I’ll even skip a much needed bathtime in order to get her tucked in on time.  Kids today are getting an hour less sleep on average than we did as kids.  It’s causing attention problems, behavior issues and even obesity (when your body is sleep deprived, it produces cortisol, which causes your body to store fat).  Studies have shown that even fifteen minutes less sleep has measurable effect on academic performance.  An hour less sleep will cause a six grader have the test scores of a fourth grader.

The authors explain that kids sleep differently than adults:

Using newly developed technological and statistical tools, sleep scientists have recently been able to isolate and measure the impact of this single lost hour.  Because children’s brains are a work in progress until the age of 21, and because much of that work is done while a child is asleep, this lost hour appears to have an exponential impact on children that it simply doesn’t have on adults…sleep problems during formative years can cause permanent changes in a child’s brain structure — damage that one that one can’t sleep off like a hangover.

Studies on sleep in teenagers have pointed out that the surly, depressed young people so common today may actually be sleep deprived, not just hormonal.  High schools who have changed to later start times have seen improvements in test scores and a reduction in the number of car crashes teens are involved in.  Parents report happier teens.

The evidence is absolutely overwhelming.  Anything you can do to ensure your child is well rested improves your child’s quality of life — and yours, too. 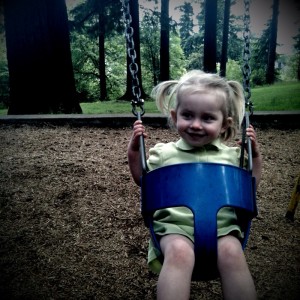 This post is part of a book review series of NutureShock, by Po Bronson and Ashley Merryman.  Chapter I is “The Inverse Power of Praise.”

Nora is smart.  And we’ve gotten in the habit of telling her so.  We need to knock it off, right now.

Turns out, kids who are praised for innate intelligence will go to great lengths to protect their status as a wunderkind, including not even trying if they think they will fail.  What’s more, when they encounter academic difficulty, they experience a crisis of confidence and often conclude that they have been lied to and were never smart to begin with.  They think, if I have to work at this, I must be dumb.

On the other hand, kids who are praised sincerely and specifically for effort, will try harder to master new concepts.

The book offers the work of Carol Dweck as evidence of the “inverse power of praise.”  One of her experiments is centered around offering two types of praise.  A group of children are given a fairly simple IQ test.  Half the children are praised for their intelligence, the other half are praised for their effort.  Then, they are offered their choice one of two tests, one that is fairly easy, and one that is more difficult, but they will learn by trying.  The kids who were told they were smart picked the easier road.  The kids who were praised for effort chose the harder test.

The chapter goes on to explain other experiments that confirm Dweck’s conclusions, as well as explain the faulty science that led us to all the praise in the first place.  The author also details his own struggle when he stopped using praise with his son.  Praise of the detrimental type has become ingrained in many parents, and many find it difficult to give up.  The research shows, it’s worth the effort.

On the advice of two trusted people, I’ve been meaning to read this book for about six months.  The other day, while snooping around the book store, I cracked open a copy and before I knew it, my lunch hour evaporated.  I was riveted.

This book is so chock full of fascinating child development revelations, that I’m going to review it as a series, chapter by chapter.

The introduction to the book explores why parental instints are so often wrong.  Our best intentions lead to undesirable results.

Certainly, we are hard-wired to protect our children, beyond that, things get a bit fuzzy.  Instinct does not translate into wisdom.  And though none of us wants to feel as if we are parenting according to tenets laid out by “experts,” it turns out that science has been accumlating some pretty amazing discoveries about kids, and the data fly in the face of what many parents are doing.

Think that telling your child he’s smart will build confidence?  Wrong.  Believe that race is a social construct and racism can be defeated by raising children in a diverse setting without any discussion of what it means to be black, asian, white?  Wrong again.  It’s no biggy if you let your kid stay up a bit late a few times a week?  Huge mistake.   Think punishment is the best way to deal with lying?  Nope.

The best part of this book is the way in which the science is presented, and the aha! moments the authors present you with at every turn.  Suddenly, your parenting tool kit is backed by data, instead of an amalgam of parenting lore and well-intentioned guessing.  Now it all makes sense.

Tomorrow, we’ll look at Chapter I: The Inverse Power of Praise.