You are here: Home / Archives for Recipe 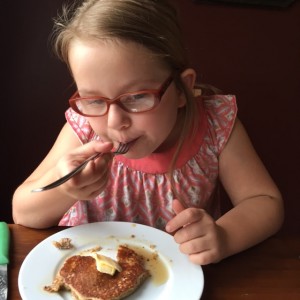 The following was an email my sister-in-law sent to my mother-in-law, instructing her how to make Mexican Tator Tot Hotdish.  (Oh, how I love the family I married into.)

All right….first, bake tots after you sprinkle them with taco seasoning (the stuff in the packet is actually really good) bake them until they are almost done.

Second, saute corn (frozen) in the skillet until brown, set aside.

Third, saute onion, pepper (green, red, or both) until soft and golden. (I also added fresh garlic, but I know you won’t do this because of your phobia of fresh herbs, spices, and garlic, so ignore this step). Set aside. *you see browning everything separately will ensure all ingredients will be equally yummy. If you throw everything in a pan, it will be mushy. REMEMBER: Brown equals flavor. Mushy equals yuckie.

Fifth, add all veggies back into skillet and add the rest of the taco seasoning. (Go ahead and add some cumin too, I know you love that stuff) then add one can of veggie stock and a bit (about 1/3 cup sour cream) *** the sour cream will curdle if you add it to the boiling hot skillet, so temper it. (Tempering means you add a bit of hot liquid in a separate bowl to the cold sour cream to bring it to a warm temperature, then add it to the skillet).

Sixth, add a bunch of fresh tomatoes and simmer until it looks good (about 5 min). Taste it. More cumin, go ahead, more salt, sure, dad’s on blood pressure medication, go crazy. The point is make sure it’s yummy before you bake it.

Seventh, assemble to your liking with shredded cheese (damn you lactose eaters!)

*** I added a layer of refried beans to the top, and then a layer of tots. I highly recommend this! You could add the layer in the middle if you wish. The beans were a good idea, I can’t stress this enough.

Eight, bake (you know the drill) and serve with salsa, sour cream, avocado and cilantro (oh that’s right, you hate cilantro. “It tastes like soap.” Do you eat a lot of soap?)

If this sounds too complicated, call me. Or I’ll come make it for you. Love ISS

Preheat oven to 350 degrees. Grease 9 x 13 baking dish with canola oil. Combine first four ingredients in large bowl. Spread evenly in baking dish. Dribble some milk all over. Top with thick layer of cheddar cheese. Bake for about 25-30 minutes until cheese is brown and bubbly. Serve with dill pickles.