You are here: Home / Archives for Homekeeping

It took serious restraint for me not to buy more chickens this spring.  Every time I head to my local farm store, there are oodles of fluffy rare breed chicks for the taking.  I would love to get a Brahma and a Buff Orpington.  I have a thing for the Speckled Hamburg Hen.

But, we already have five chickens.  They provide plenty of eggs.  Our run is only so big.  More chickens would mean free ranging or building a bigger run. Since we’re sick of chicken crap on the hardscape, and we’re too lazy to build a bigger run, I’ve held back on more birds. Until…

Thursday, I got a call from Ben.

“Hey, do we want a free Jersey Giant?” he casually asked.

“Huh?  Is this Buster’s chicken? Is it a hen?” Buster used to work with Ben.  He started keeping chickens around the same time we did and got a bit over-zealous.  More than me, even.

“Yeah, Andre’s sister.”  Buster wanted to give us a hen that was from the same batch as our dear departed hen/rooster, Andre.

“Why does he want to get rid of her?”

“He says he has too many chickens.”  He was up to eight chickens on a small city lot.  Naturally, he wanted to give away the one that eats the most.

So, a chicken has now fallen into our laps, so to speak.  Not that you’d want to hold the new chicken in your lap.  For one thing, she’d crap on you.  And for another, she’s huge.  She makes our other chickens look like bantams.

The Jersey Giant breed is known as the “gentle giant.”  So far, this has proven quite accurate.  She gave me no trouble when I scooped her up and plopped her in a solitary cage in the coop. (New chickens must be introduced slowly and carefully, or they will fight.)  She has put up no resistance against Henny Penny, who has mercilessly pounced on her at every opportunity.

My mother-in-law expressed curiosity at how Henny Penny would react to Andre’s sister.  Henny Penny and Andre were raised from chicks together and were close companions.  Deb seemed to think Henny Penny would feel a kinship — a connection — to the new girl.  Ben said she must be thinking of dolphins; chickens don’t play like that.

The other chickens have left the new girl alone.  Which means, if Henny Penny keeps this nonsense up, she’s the one who’ll end up in solitary for a few days.

I foresee another summer of chicken poop on the patio.  And lots of omelets.

I am Oscar to my husband’s Felix.

We do have some creative tension about clutter.  Ben hates clutter.  A house filled with too much stuff makes him stabby.

We’ve been together for thirteen years and really, it’s only a recent thing that each room in our house has furniture.  Ben prefers a spare look.

I don’t mind clutter.  I like having books next to the bed.  A few knitting projects strewn about.  It makes my life easier to not have to open a cabinet door or  a drawer to get to something I want.

Also, we have a three-year-old.  And even though half her genetic material is from a neat freak, it’s my genes that appear to be dominate on this issue.

So, Ben spends much of his time trying not to be annoyed about the state of the house.  But then, he just can’t take it anymore.

When I notice he seems withdrawn?  It’s only a matter of time before he starts what I call “crabby cleaning.”  My stuff will end up in a pile in the closet, or a box upstairs, to be dealt with later.  When he is done tidying, every surface is clear, nothing is stashed on the floor.

Notice I have been careful to not use the word “clean.”  Because, while disorder bothers him, dirt usually doesn’t.  He doesn’t care about dust. Or toothpaste residue in the sink, or crumbs on the counter. Whereas I loath these things.

How does this conflict manifest itself?  In shenanigans.

Like the time I was repeatedly asked to ensure I was closing the medicine cabinet door completely, and failed to comply.  I came home one day to find the door had been taken off the hinges and hidden away.

Or the time he hid the lid to my shampoo bottle when I refused to cap it. I retaliated by taking the lid off his shampoo and hiding it in the toilet tank, where it became lodged for the better part of two days and the flip top broke when it was finally extracted.  He made a wooden plug to replace the cap. For real — the bulk sized Head and Shoulders bottle had a wooden plug. When I bought his next bottle of shampoo, I dropped it on the concrete floor at Costco just after I checked out, causing the lid to crack.  When I presented him with the bottle, I nearly peed myself laughing.

Things are getting a bit better as Nora gets older.  She can pick up her toys, help unload the dishwasher, sort laundry.  It’s just a matter of time before two Felixes gang up on me.  And that’s fine.  They can sort while I scrub.

1.  My kitchen tile grout is beige.  Not dark brown.  In related news, I bought a steam cleaner.

2.  If you have a wood stove, you stand zero chance of having a cob web free home, even for a day.

3.  When you start looking for cobwebs, you realize how desparately your trim needs painting.

4.  My husband has the coolest cleaning tools, we’re talking a little toothbrush thingy with brass bristles.  He’s been holding out on me.

5.  Magic Erasers (TM) will occupy my child longer than back to back Dora episodes. 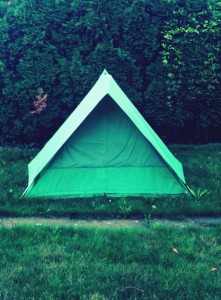 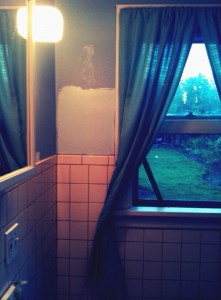 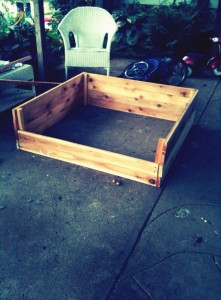 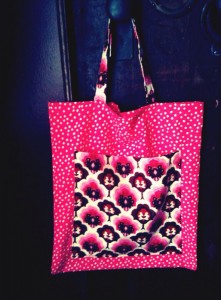 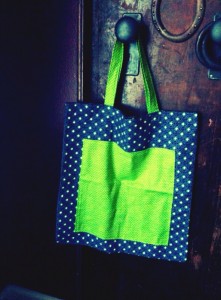 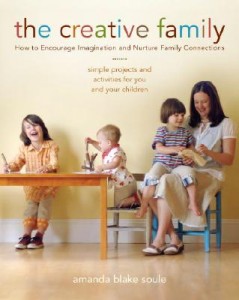 A few years back, I was on the phone with my mom.  I asked her what she was going to do for the rest of the day.  She said she wanted to clean and organize her storage room, but there was a terrible smell coming from under the kitchen sink, so she might clean that out instead.  She hadn’t made up her mind.  I encouraged her to make the unbearable stench her priority.

Later that day, she left a voice mail message, which I have re-saved every hundred days for approximately four years until we cancelled our landline.  I have played it for countless people.  My husband and I occasionally recite it to each other.  Since the actual recording is gone forever, I thought I’d transcribe it for posterity.

As you read this, imagine the Minnesota accent…

“Susie, you don’t have to call me back, but I wanted to tell you what I found.  Potatoes — under that sink! And they were so rotten you couldn’t even tell what they were.  They were just mush.  So I threw out the bucket.  And cleaned up the area.  And that should take care of the problem.  Good-bye.”